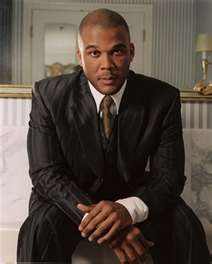 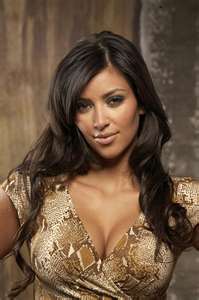 Whenever you hear "Tyler Perry" , you think of all his hit movies such as , Madea's Family Reunion, Jumping The Broom, Why Did I Get Married, just to name a few. The inspiration behind this article is controversial due to Kim Kardashian's role in his upcoming movie "The Marriage Counselor". I'm very delighted to see Mr. Perry include Kim in such an anticipated film. Fans all around the world are upset with him but I support his cause to include Kim in this film.  I'm one of the fortunate ones that are on his fan mailing list and I'm grateful to share with you his response to his "not evident" fan base. I actually did my own research,  included the good, bad and ugly comments via http://www.tylerperry.com/ . He's kind enough to allow his fans to speak how they feel but does one less fan stop his success...I think not...

Here's Tyler Perry's response to his fans on his mailing list. This is unedited: (By default it's addressed to me personally)

I think many of you know that this is a very difficult time of year for me, so what I try to do is make sure that I’m working during this time. All I wanted to do was shoot a great film and try to keep my mind off the holiday grief that I have been experiencing for the past two years. I could not have imagined I’d be getting all these emails about Kim Kardashian. I HAVE SEEN THEM!! YOU HAVE BEEN HEARD!! …LOL. Now, may I say something? Can a brother get a word in?….LOL. Y’all gave me a new movie title, Tyler Perry’s “Diary of a Mad Black Woman Cause You Hired Kim Kardashian, Don’t Make Me Take Off My Earrings and Boycott Yo A**.”…LOL.  Some of my ladies are upset. Ok, all jokes aside, can I have my say? Will you at least here me out?

I was in a Mexican restaurant and the cutest little old woman stopped me and said, “I want to talk to you about KAR-DAT- CHA-NEM.” I said, “Ma’am?” She said, “What is wrong with you putting her in the lead role of your movie?” By the time I explained to her that she was not in the lead role and why I thought she should be in “The Marriage Counselor”, she said, “Oh, I see your point and I can’t wait to see the movie.” So, if you don’t mind, I’d like to share with you what I said to her then maybe you’ll see why I wanted her in the film.

This movie is about a young lady named Judith (Jurnee Smolett), who grew up in the countryside of Virginia in a trailer park. She was raised in the church by her mother Sarah (Ella Joyce). Judith married her childhood sweetheart Brice (Lance Gross) and had the perfect life until she graduated college and went to work in the big city.  After college, all she wanted to do was be a marriage counselor, but the only job she could find was working for a matchmaker named Janice (Vanessa Williams). Janice has several employees that work for her, including a woman named Ava (Kim Kardashian). Ava is constantly trying to influence Judith on everything from her shoes to her hair. Judith meets a man at work named Harley (Robbie Jones). Harley challenges everything in her life from her marriage to her husband to her faith. Meanwhile, Brice (Lance Gross), Judith’s husband works at a pharmacy owned by Mrs. Waco (Renee Taylor). Brice has just hired a coworker named Melinda (Brandy), who has some major demons that she is running from. In the end, the choices that both of these young women have made come crashing down on them and their lives will never be the same.  I wish I could tell you more, but I don’t want to ruin it for you.

After I finished writing this movie, I sat back and re-read it. Half way through my read, the gravity of what I had written hit me. I knew that this message was not only for my age group, but for all audiences, especially the youth.  ESPECIALLY THE YOUTH!!  YOUNG FOLKS NEED TO SEE THIS!!!   And not just the young people that follow me, but the young people that are following other young people, as well.  I wanted a younger cast, that’s why I put Jurnee in the lead and invited Lance Gross, Robbie Jones and Brandy.  About two months ago, long before I even heard about Kim’s marriage or divorce, I was trying to finish up the casting. I said to one of my producers, “who else is out there that young people are looking up to?” One of my producers showed me pictures that his daughter had taken of several hundred kids lined up around the corner to get into a Kardashian store. They wanted to meet Kim. I thought, what better person! She literally has millions of young people following her. I thought and still do think, that it would be very responsible of her to be a part of this film. To have the young people that look up to her, see her in a film that is about, what happens in life when you make the wrong choices. Whether you’re aware of it or not, to be honest with you I wasn’t, millions of young people adore her and are following her every move. If one of those young people see this film and find the strength to live a better life and not go through what these characters went through in this movie, then we have all done what I feel I’m being led to do here. I hope you understand. I really do!

And lastly, because I believe that my films speak from the inside out, why wouldn’t Kim Kardashian be invited into a film about Faith, Forgiveness and the healing power of God?  What is wrong with that??

I welcome your comments at http://www.tylerperry.com/talk.

Now after reading his response, how can you not still be a fan of his?