ANGELINA JOLIE : PHILANTHROPY IS A PASSION 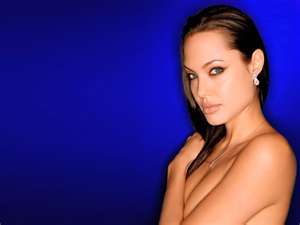 Angelina Jolie is first known for her beauty and her dedication to her work in philanthropy and is a well noted humanitarian. She's a mother, actress and entrepreneur amongst other things. Ironically, she shares the same sign with me (Libra) and we are around the same age (a woman never tells). I admire Angelina for traveling abroad, acting as a missionary for several causes while caring for her children and still being the dynamite career woman she is. ﻿

Jolie has been on field missions around the world and met with refugees in more than 20 countries. She hopes to accomplish awareness of the plight of these people. I think they should be commended for what they have survived and not looked down upon. In 2002, she visited the Tham Hin refugee camp in Thailand and Colombian refugees in Ecuador. She later went to various UNHCR facilities in Kosovo and paid a visit to Kakuma refugee camp in Kenya with refugees mainly from Sudan. She also met with Angolan refugees while filming Beyond Borders in Namibia. Angelina and Brad Pitt recently donated $2 million dollars to a NamibianWildlife Sanctuary which takes care of injured animals like cheetahs and lions. The sanctuary is run by conservationists Dr. Rudie van Vuuren and his wife Marlice. 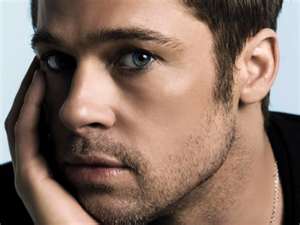 The Angelina along with Brad Pitt gave more than $8.5-million to their charitable foundation in 2006.Brad  provided more than $4.4-million and Angelina more than $4.1-million to the Jolie Pitt foundation.The foundation gave $1-million each to Doctors Without Borders and the Global AIDS Alliance and smaller grants to the Namibia Red Cross Action Program, the Daniel Pearl Foundation, Global Green USA, and the Epidermolysis Bullosa Medical Research Foundation, among other grantees. Their giving seems to never stop or Angelina's traveling to third world countries to help for different causes.

Besides being noted as one of the worlds most powerful actresses, she also has been named for the second year in a row as one of the top celebrities in philanthropy. Angelina Jolie is also a dynamite actress who has been in major films such as, "Salt", "Gia", "Mr & Mrs. Smith", "Beowulf" and many more blockbuster hits. When you are as successful as Angelina Jolie is  and you find time to give back to many great causes, you are incomparable to many. If  she can be a mother, travel abroad, be a humanitarian as well as a philanthropist, nothing should stop you from being active in your community.

I have respect and admiration for Angelina Jolie because as a "Libra" myself, we love to give and we will fight for any cause that we believe in. Let her story be an inspiration to you to help where you can and let part of your passion be in giving!!!
Email Post
Labels: adoption angelina jolie brad pitt children columbian ecuador family humanitarian kosovo Libra marriage missions philanthropy pregnancy refugee sanctuary than hin